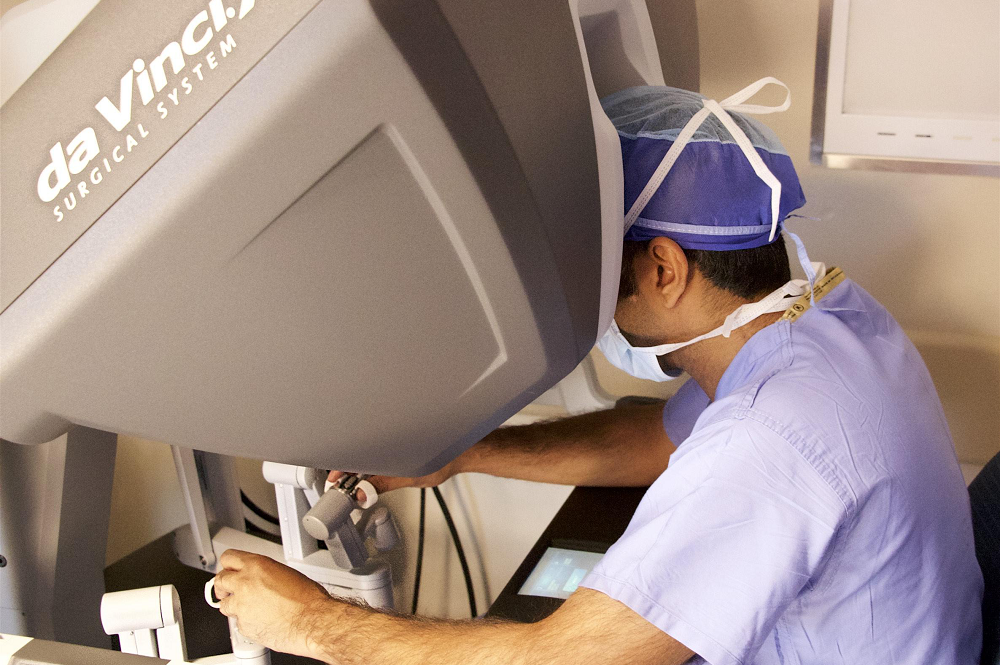 What is Robotic Bariatric Surgery?

Robotic bariatric surgery is a new kind of bariatric surgery assisted with Da Vinci technology. It involves the surgeon operating on a console to conduct the surgery through small incisions on your body. A part of the entire setup includes a 3D magnified view inside of your body which enables the surgeon to translate each desired movement into a reflective movement of the instruments with the help of the console. This is a proven and safe method of surgical procedure with reduced complication rates, better maneuverability of instruments.

While robotic surgeries in a weight loss bring with them benefits of faster time, better dexterity and movements, many surgeons are yet to step up to this method. Laparoscopic surgeries have done their time and proven their medical success with lesser complicated setups as opposed to the robotic variant. Even the surgeons and the assistants require special training and knowledge-sharing for robotic surgeries which is catching up at a slower pace.
Making a choice between the two is ideally governed by the following factors, among others: